Danziger Gallery in collaboration with the Contemporary African Art Collection of Jean Pigozzi (CAAC) is proud to announce two forthcoming exhibitions of the renowned African photographer Seydou Keïta. We will be presenting Keïta’s work at the 1-54 African Art Fair in New York (May 3 – 5) and as our opening show of Fall 2019.

Born circa 1921, Keïta lived in Bamako, Mali, where he ran a successful portrait studio taking pictures of local individuals and families.  Essentially self-taught, Keïta developed his trademark style photographing his sitters in daylight against a variety of backdrops from plain drapes to vibrant African pattern.  Some customers brought in items they wanted to be photographed with but Keïta also had a selection of accessories and clothing at his subject’s disposal.  No matter the situation Keïta had a natural gift and a refined aesthetic that made his portraits true and distinctive works of art.

Unknown to the West for most of his career, Keïta was “rediscovered” by westerners in the early 90’s including by the African Art collector Jean Pigozzi.  In 1992 Pigozzi sent his curator André Magnin to Bamako to try to contact and meet Keïta.  Magnin returned with 921 negatives and arranged for a printer in Paris to make the first archival prints of the images under Keïta’s supervision.

In 1994 Keïta a was given a solo show at the Fondation Cartier followed by an impressive number of museum shows around the world.  By the time of his death in 2001, Keïta was not only recognized as one of the greatest photographers of the 20th Century but particularly in his use of contrasting backdrops, his work has influenced a whole generation of artists, most notably painters Mickalene Thomas and Kehinde Wiley, and triggered a worldwide interest in African photography. 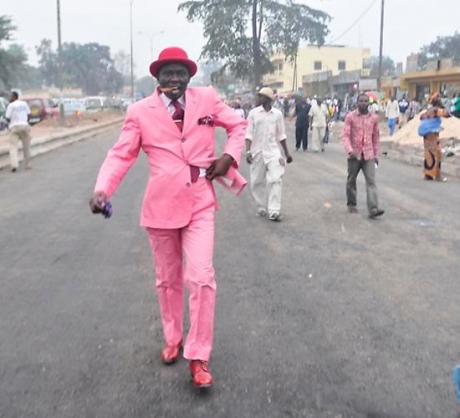 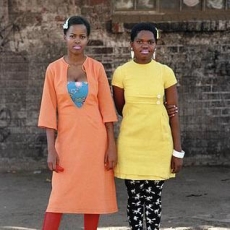